The HUF IDEAL house by Mrs. S. was built in 1975 and completely rebuilt and renovated by HUF HAUS in 2014.

Mrs. S., how long have you and your husband been living in this HUF house?
“I witnessed the construction of the house live as a child at the age of 13. That means I spent my whole childhood and youth in this place. I then moved out after I met my husband during my studies. Shortly afterwards our son was born. Now, 30 years later, my husband and I have taken over the house from my parents, who have been living in a retirement home nearby since spring this year”.

Do you remember the construction of the house in 1975?
“Yes, very well even. It was an exciting time for the whole family and also for the neighbours. I still remember that the building of the house went very fast. The procedures were already very structured at that time. I can’t remember any major delays or problems.”

Were there any negative reactions to the “prefab house”?
“Of course. In 1975, prefabricated houses did not have a long history of development and therefore no reputation as a premium product. We reaped a lot of head shaking from my grandfather who, as a trained bricklayer, of course only approved of conventional building. The neighbours were all excited and watched every step of the fitters and site managers with skepticism”.

Do you know why your parents decided to buy a HUF house anyway?
“The time aspect played an important role for my parents at that time. It was unusual to be able to plan the construction of a house in such detail. This point was definitely decisive. My father was also particularly interested in the materials used. We felt we were at the exhibition in Fellbach a hundred times, where my father took a close look at every supplier. Huf already used high-quality materials at that time. So in the end the choice was clear for him.”

After you had taken over the house from your parents this year, you decided to rebuild it with HUF HAUS or its ServiceART department. How did this decision come about?
“The house was still in good condition. The interior, however, was no longer up to date and no longer suited our taste. Therefore we decided to rebuild the house and not to build a new one. After all, it’s the place where I grew up.”

Which conversion measures were particularly important to you?
“The house should look brighter overall. We still had dark floors and brown doors inside. In addition, the bathroom was really getting on in years. As far as heating was concerned, there was also some catching up to do. We had wanted underfloor heating for quite some time anyway. StilART then also presented us with a great design for the kitchen, which we were directly enthusiastic about.”

How long did the conversion work take in total?
“In March, the ServiceART fitters got started. We moved in after Whitsun.”

How did you feel about the cooperation with ServiceART and StilART?
“Everything worked without any problems. Since we still lived in our old house and were not exposed to moving stress, we really enjoyed the conversion. We were on the construction site almost every day and looked at the progress. Especially the neighbours, who knew the house from that time, often came to see the transformation.”

From which part of the house are you most surprised?
“The biggest surprise for us is the new guest room in the basement. Previously it was my husband’s hobby room. I always found this room terribly dark and uncomfortable. Now we have much light by the new large windows and the floor from wood gives a very homely character to the guest room.

I am also enthusiastic about the bathroom. This room used to be the guest room. So we moved the bathroom completely to give us more space. The new tiles make everything look much bigger and brighter. No comparison to my children’s bathroom!

Your favourite room?
“Definitely the living and dining area with access to our terrace.”

Have your parents already seen the house after the conversion?
“Yes! I really had my heart beating before and was curious to see what they would say. Fortunately, they were just as enthusiastic as my husband and I.” 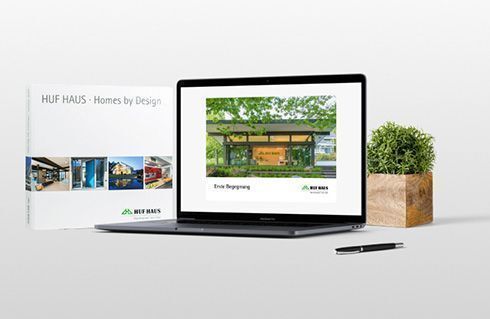 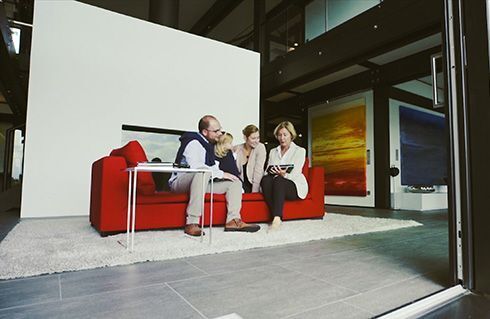 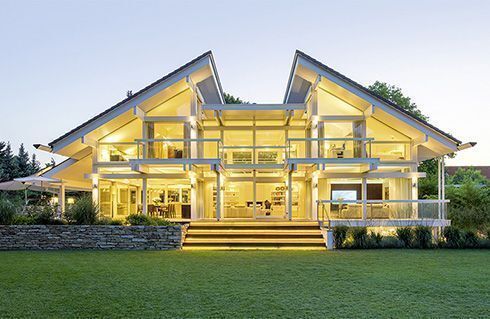